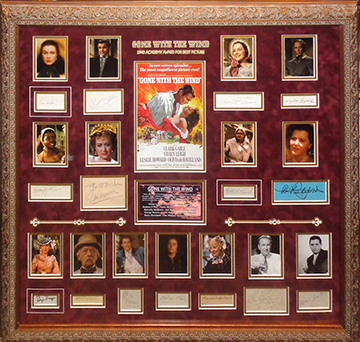 This beautiful presentation of "Gone With the Wind" perfect for even the most of serious collectors.

×
The happiest store in the world ! Las Vegas Caesars Palace Forum Shops We lead the way in celebrity memorabilia specializing in movies, music, television and history.